Shmuel Meirom: Israel is willing to contribute of its experience in the field of economy, but it cannot force Israeli business to invest in Armenia 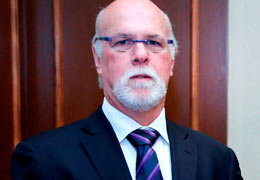 Israel and Armenia
plan to sign an agreement of visa-free regime.
At what stage are the negotiations now?
What is the goal of the agreement?

Agreements  for
exemption of visas are meant primarily to encourage mutual tourism and business
in the sense that they enable the citizens of the two countries to enjoy an
exemption on the visa fee and facilitate the entry to the country which is a
signatory of the agreement. This is also a kind of an expression of  friendship between the countries.

You have recently
mentioned that the people of Israel
are very sensitive to the issue of the Armenian Genocide. Will the Israelis,
the people that survived Holocaust, help bringing the Armenian-Turkish
relations out of the current stalemate, if an appropriate discussion is
launched?

Indeed, as you mentioned, Israelis and Jews in general have
a special sensitivity to the tragedy that struck the Armenian People. Israel and Turkey had in the past a friendly
and warm relationship compatible with the interests of both sides. In present
days these relations are colder and both states are represented in each other
by diplomats who are not ambassadors. So that it is doubtful that Israel can influence Turkey's policy. We hope that these
relations will improve in the near future and then Israel
will undoubtedly be in a better position to contribute to the betterment of the
relations between Turkey and
Armenia
if it is asked to do so.

Given Armenia’s high-level relations with its partner Iran, in Israel they are rather cautious
about the idea of the North-South communications. Will that attitude change
with the positive shifts that are currently observed in the relations of Iran and the U.S.?

As long as Iran does not change its policy, and stops  supporting international terror (such as
Hezbollah, Hamas and other terrorist movements) through armaments and money,
stops incitement against Israel and threatening to destroy it and try to attack
its citizens over the world and as long as it continues its nuclear program,
then Israel cannot change its policy. The smiling campaign of President Rouhani
is not enough. As long as we don't have a qualitative change of its policy, we
ought to keep the sanctions against Iran and even tighten them
significantly.

Israel supports the idea
of independent Iraqi Kurdistan. At first
sight, it is rather a contradictory stand, given the continuous Arab-Israeli
conflict and Palestine’s
aspiration for independence. Would you explain such stand of Israel?

I wouldn't draw a parallel between the two things. The
Independence of Kurdistan is not on the table. But as far as the
Israeli-Palestinian conflict is concerned, you ought to know that Israel
supports the creation of an independent and sovereign Palestinian State, but
the conditions that  the Palestinians put
before Israel are not acceptable and even more so after the Palestinian
Authority signed a pact of reconciliation with the Hamas terror movement which
openly declares its aim of annihilating Israel and launches missiles almost on
a daily basis on Israeli villages and towns.

What is the reason
of such low level of the Armenian-Israeli economic and trade relations? Some
experts say Israel’s
economic model can be applied also in Armenia. However, there is no
information on any serious consultations between the two countries in the
field. Neither there is exchange of experience, specialists, technologies or
others. Are there any plans to foster the economic cooperation?

Israel is willing to contribute of its experience in the field of
economy and finances but it cannot force Israeli business people to invest in Armenia in the same way that Armenia cannot oblige Armenian business people
to make business with Israel.
To make business there has to be a mutual interest which can be promoted by
signing economic agreements (such as, customs agreements, prevention of double
taxation etc…) Negotiations are going on between the two countries to sign an
agreement on the prevention of double taxation and we already have a civil
aviation agreement. Soon we will have in Armenia a special day on innovation
aimed at exposing the Israeli experience in the matter. All of this supposed to
increase the motivation of business people on both sides.

By the way, in the last two years, there was a sizable
increase in the number of Israeli tourists visiting Armenia and this is in
large part due to the invitation of Israeli journalists (initiated by Israel)
to visit the wonderful tourism sites of Armenia. When back to Israel, they wrote several
articles on the beauty of the country and this had a big in fluence on Israelis
to come and visit Armenia.
The direct air route between the two countries has also contributed to that.

We hope to see a similar increase in the number of Armenian
tourists in Israel.