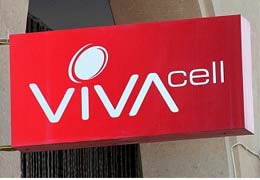 VivaCell-MTS continues the draw for its "Personal" and the "City Talks" tariff plans subscribers, who are users of the “Special” package in active status. To remind, the "365" draw is based on a-smartphone-a-day-within-a-year principle.

The draw was videotaped without interruption on September 25, 2014. Specially designed software "Microsoft.NET Random class selection on the system time", allows selecting winners from the database randomly. Bilaterally disconnected phone numbers did not participate in the draw.

The "Special" package provides 1500 minutes of on-net airtime and 150 SMS messages for sending to RA mobile networks for only AMD 2500 per month.