James Warlick: Parties to the Karabakh conflict genuinely want to move beyond the current stalemate 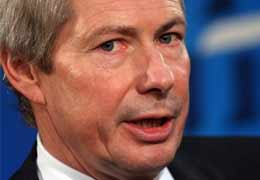 Recent talks between the presidents in Vienna and the foreign ministers in Kyiv have shown that the sides genuinely want to move beyond the current stalemate, U.S. co-chair of OSCE Minsk Group James Warlick said in an interview with APA.

"I was pleased that the most recent meeting in Kyiv was a chance for the ministers to discuss sensitive and difficult issues in the spirit of finding a way forward. Their continued high-level engagement in the weeks ahead provides a real opportunity to deliver a just and peaceful resolution to this conflict, although we should recognize that progress requires political commitment at the highest level. The ministers agreed last week to continue working together on the basis of what has already been achieved. At the same time, all parties are open to considering way to reach a lasting settlement.  We will continue to support these negotiations in any way that will help them move forward," the diplomat said.

Warlick said they have been very appreciative of support from the Ukrainian Chairperson in Office over the past year, and look forward to working with Switzerland as it assumes its new role in 2014.  The Minks Group remains the format for facilitating a settlement.  However, Switzerland has a long history of conflict resolution and their active involvement in the region is welcome, he said.