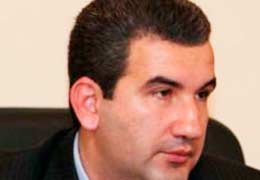 Armenia's joining the Customs Union may raise competitive ability of the Armenian companies, chairman of the State Commission for Protection of Economic competition (SCPEC), Artak Shaboyan, said at today's press-conference.

He thinks that Armenia's joining the CU will open additional opportunities to enter the markets of the CU member-states. Shaboyan said that Armenian market is very much small and development is chiefly linked with export. New markets will make it possible to increase export volumes, which will affect prime cost of production and decrease its final cost, he said and added that this will raise competitive ability of the production produced by the Armenian companies.

He also added that the anti-monopoly commission has been already set up within the CU, which does not differ much from the SCPEC. The latter is going to cooperate with this commission in future, he said.