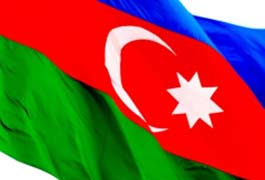 "Azerbaijan expresses an official protest against Armenia's entrance into the Customs Union as long as this country does not withdraw its armed forces from Azerbaijan's occupied territories and as long as Azerbaijan's territorial integrity is not restored," head of Department of Public and Political Issues of Presidential Administration of Azerbaijan, Ali Hasanov told Trend on Dec 27.

"Since Armenia has occupied Azerbaijan's Nagorno-Karabakh region and seven surrounding districts, its entrance into any union or association is contrary to the principles of international law," Hasanov said.

"It is well known that the fact of occupation of Azerbaijani territories by Armenia is noted in corresponding resolutions and decisions of the UN, OSCE and other international organizations, and the demand for liberating the territories occupied by this aggressor country has been put forward," Hasanov said. "Therefore, Armenia's entrance into the Customs Union or other similar structure is only possible after liberation of Azerbaijan's occupied lands."
Hasanov went on to add that when Armenia joins a particular union, the country's territory and borders contradict international jurisdiction, due to violation of Azerbaijan's territorial integrity.

"This state should either officially declare its claims for occupied territories, and the structures that Armenia wants to enter should accept that, or it should return these lands and become member of new unions with UN-approved territories," the official underscored.