Adam Schiff: Azerbaijan and its military must be held to account 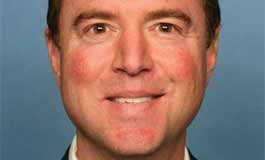 Representative Adam Schiff released the following statement on Tuesday after the Armenian government disclosed that Azerbaijani troops had killed an Armenian soldier, Hrant Poghosyan, along the border of Nagorno-Karabakh, Asbarez reported.
'

"Today, we have learned of the murder of yet another Armenian soldier along the line of contact in an unprovoked attack by Azerbaijani troops against Armenian forces. Azerbaijan and its military must be held to account and there can be no denying that this savagery is being orchestrated at the highest levels of the Azeri security establishment.

"One need only look at the sick display of adulation that greeted Ramil Safarov - the Azerbaijani military officer who beheaded an Armenian colleague during a NATO Partnership for Peace exercise - to see how the Azeri government has glorified this violence. Rather than prison, Safarov was paraded through the streets and given a new house and a promotion. Baku's newest murderer will not be brought to justice until the international community insists on an end to these atrocities."
Hrant Poghosyan died, on Sunday at around 5pm, at the defensive positions of Movses village nearby the City of Berd in Armenia. Poghosyan was a resident of Berd, he was 26 years old, married, and he had one child.