Political scientist: A new phase of Armenia-EU cooperation may be announced in Vilnius 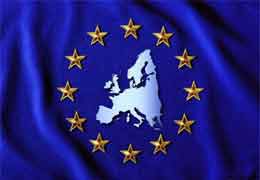 A new phase of Armenia-EU cooperation may be announced at the Eastern Partnership Summit in Vilnius, says Alexander Iskandaryan, Director of Caucasus Institute.

He told media, Thursday, that the Armenian-EU Association Agreement is unlikely to be signed without Free and Comprehensive Free Trade Area. Nevertheless, he believes that both Yerevan and Brussels try to develop a new format of cooperation.

"On 3 September it became clear that Armenia would no longer be able to sign the Association Agreement.  However, the given document has not disappeared and a new format of cooperation will be gradually developed. Anyway, no document will be signed in Vilnius," he said.

Earlier, Richard Giragosian, the head of Center for Regional Studies, said in an interview with Arminfo that Armenia and the European Union will create a new legal aspect for partnership. The new document will consist of 6 or 7 clauses, with priority to be given to mobility or simplicity of visa regime, education and sector- specific cooperation - that is, the financing will be continued but will be directed to specific sectors.  The other points will concern the efforts to fight corruption, to ensure the rule of law and to protect human rights, he said.

To remind, on Sept 3 in Moscow, Armenian President Serzh Sargsyan confirmed Armenia's intention to join the Customs Union and the process of the formation of the Eurasian Union. Vladimir Putin supported Sargsyan's decision and promised to contribute to Yerevan's accession to the Customs Union in every possible way. Meanwhile, Armenia was expected to initial an Association Agreement with EU, including DCFTA, at the Eastern Partnership Summit in Vilnius in November along with some other countries.