US diplomats: Polarized politics in Armenia, and the likely retention in Azerbaijan of an autocrat whose legitimacy is declining, will impede compromises to reach a peace settlement of the Karabakh conflict 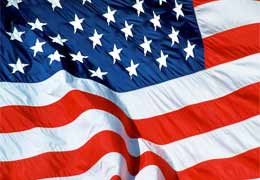 Russia is pressuring its neighbors to join the Eurasian Economic Community. the article by the American diplomats "Choices for the South Caucasus", published in New York Times, says.

"Moscow worries, with reason, that the South Caucasus countries prefer to align with the European Union. Even though Armenia is an observer in the Eurasian group, it does not seem eager to join",  - the article says.

It also tells about domestic political problems in Armenia, Azerbaijan and Georgia. In particular: "Political strains and stasis impede reforms in a country weakened by blocked borders, emigration and oligarch ties with officialdom.

In Azerbaijan, the potential for political upheaval is increasing amid massive corruption, grossly unequal distribution of wealth and dictatorship".

"All three countries are at decisive moments with the European Union.  The Eastern Partnership can help anchor their future in an expanded European structure. This November in Vilnius, the European Union will likely sign a free trade agreement and other accords with Armenia and Georgia. Azerbaijan has a distance to travel but may sign a visa agreement. The E.U. is right to offer more cooperation and political support in return for more reforms.

The West must speak out on behalf of those denied freedom, especially in Azerbaijan. With every flawed election that is allowed to pass, every uncontested arrest of an opposition figure and every usurpation of wealth, those who stand for freedom become more impatient with Western dithering. A worrisome sign in Azerbaijan is rising anti-American sentiment among youths and intellectuals.

Second, the European Union must take greater advantage of an historic opportunity in the South Caucasus. The E.U.’s democratic standards and wealth are appealing beacons. Closer E.U. ties will bring more freedom of maneuver in dealing with powerful neighbors.

It is time for the South Caucasians to make up their minds about their future. If they want closer cooperation with the West, they must pursue reforms for transparent governance and wider economic opportunity. As the countries grapple with their choices, the West must keep faith with those advocating reforms and freedom", - the article says.