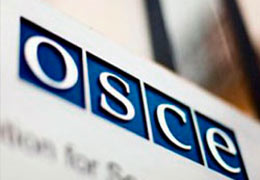 Richard Giragosian, Head of the Center for Regional Studies, anticipates some changes in the Karabakh peace process in 2014.

Talking to reporters on Tuesday, Giragosian explained that the last 90-minute-long meeting of the Armenian and Azerbaijani presidents in Vienna and the statement following it allow drawing such conclusions. He recalled that the presidents agreed to continue the negotiation process. According to Giragosian, after the meetings of the two presidents, the OSCE Minsk Group co-chairs have also intensified their actions by visiting the region and meeting the civil society representatives in Nagorno Karabakh.

Furthermore, he said, the Co-Chair of Russia Igor Popov came out for involvement of Nagorno Karabakh into the negotiation process at a certain stage. Actually, the analyst said, the OSCE has become stronger and acts more dynamically.

At the same time, Giragosian said there is another important positive factor i.e. Switzerland will assume chairmanship of the Organization in 2014. Earlier, that country announced its intention to speed up resolution of frozen conflicts, including the Karabakh conflict.

Commenting on the media reports on possible transfer of two regions around Nagorno Karabakh to Azerbaijan, Giragosian called it unlikely. It is Azerbaijan that must change its actions not Armenia, he said.