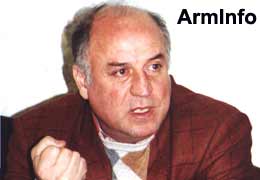 During a summit in Baku, Head of the Armenian Delegation to OSCE Parliamentary Assembly Artashes Geghamyan urged the Azerbaijani authorities to start a dialogue with Stepanakert, APA reports.

Geghamyan said that it is a direct dialogue with Nagorno-Karabakh that can contribute to the conflict settlement. He added that the settlement should be based on the principle of peoples' right to self-determination.

The MP also blamed Azerbaijan for the fact that Baku relies on the US rather than other co- chairs of the OSCE Minsk Group.