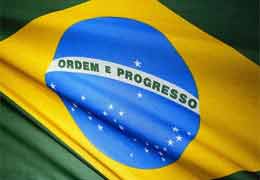 Brazilian Embassy in Armenia has no information on the statement by Nelson Pelegrino, Head of the Brazilian Parliament Committee for Foreign Affairs and National
Defense in support of the territorial integrity of Azerbaijan. The Embassy pledges to provide the necessary explanation as soon as it receives relevant information, the Embassy told ArmInfo.

Earlier, Azerbaijani media reported that Nelson Pelegrino, who was on a visit to Azerbaijan, declared that Brazil's National Congress would adopt a resolution on the Nagorno Karabakh conflict and provision of the territorial integrity of Azerbaijan in the near future. He said that this issue was discussed during the meeting with Azerbaijan's Foreign Minister Elmar Mammadyarov and it was decided to adopt the resolution soon.