Tigran Urikhanyan: Unlike the ruling party, the non-power forces have got civilian support 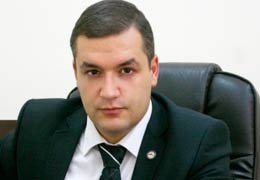 Press-secretary of the Prosperous Armenia Party, a member of the parliament, Tigran Urikhanyan, said at today's press-conference that he hopes that after signing of the road map on joining the Customs Union by Armenia, we shall have more information about this structure.

He also added that much time is needed to enumerate the omissions of the ruling regime. "Hard social and economic situation in the country is one of the most obvious omissions, which is explosive in a certain sense", - he said. In this context, the politician said that unlike the ruling party, the non-power forces have got civilian support and their cooperation may lead to certain results. As for the PAP, Urikhanyan said that the party will continue its political course and struggle for the dignified life of the Armenian citizen.