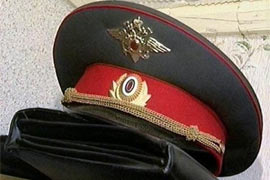 On the basis of media reports, official investigation has been launched against Deputy Chief of Armenian Police. Lt.-Gen. Levon Yeranosyan.

To note, by Police Chief Vladimir Gasparyan's order, ten law-enforcers have been dismissed over the past two days. On Dec 12, Gasparyan held a consultation at the Police. Along with other issues, the consultation covered the latest beating of the oppositionists. He instructed toughening the measures of control over the public order in the streets of Yerevan