Alexander Krylov: Taking into consideration the experience of the EU, Russia has to refuse maximal extension of the Eurasian Economic Union 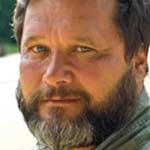 Many say that nothing has changed
around Karabakh for the last 20 years. Meanwhile, the geo-politics around the
conflict has changed much, if nor radically. The conflict in Ukraine, Russia’s new role, deeper disagreements
between the OSCE MG co-chair states, etc. May this result in a new situation around
the Karabakh settlement?

Over the last twenty years, the
situation in the world, particularly in Azerbaijan,Armenia and
NKR, has tangibly changed. The only thing that has not changed in the world policy
is the difference of interests of the major global and regional actors.
Therefore, every of the Minsk Group co-chair-states acts in line with its
interests that may either coincide or partially coincide with those of its
partners or run contrary to them. The co-chair- states are not interested in
resumption of military actions, here is where their interests coincide. For the
politicians of the USA and France
it is extremely undesirable spoiling relations with their voters of Armenian
origin. This will happen, if they agree with any military actions "forcing
the parties to peace.  Actually, the
Armenians of France and USA
will quite differently respond if operations similar to those in Iraq, Lybia and Syria
are launched in NKR and Armenia.
Moreover,  the talks on possible
deployment of NATO peacekeepers in the Karabakh conflict zone are idle as long
as Armenia is a CSTO member
and enjoying Russia's
security guarantees. For Russia
a solution to the Karabakh conflict with help of external force and pressure is
inadmissible. Otherwise, the U.S.
and other non-regional superpowers will expand their military presence on its
borders.  In addition, judging by the
20-year experience of the U.S.
peacemaking operation, one can state for sure that they have destructive and
tragic aftermaths, first of all, for the peoples, countries and regions that
were turned into objects of the U.S.peacemaking activity. Once, Russia and France,
and even Germany opposed the
U.S. peacemaking operation
in Iraq.
Now, it is evident that the U.S.
operations in Iraq
help no one, including Americans.

Despite shortage of the official
information, just the way out from the transport semi-blockade was the key
reason of Armenia
president’s official visit to Georgia
on 18-19 June. Before Serzh Sargsyan’s departure to Georgia, president of the
Russian Railway Vladimir Yakunin said in Yerevan
that the “necessity to concentrate at opening of the railway movement through
Abkhazia and Georgia to Armenia”.

The new leadership of Georgia has
understood the necessity of normalizing relations with Russia, and is trying to
develop this way putting the problems of Abkhazia and South Ossetia outside the
negotiating process.We always needed unblocking of the railway through
Abkhazia. Earlier, Georgia's
position hindered this process, as during Shewarnadze's tenure Georgia was trying to use this factor to have an
effect on Russia
in its attempts to take Abkhazia back. In fact, that time Russia was offered to recover Abkhazia  for Georgia, which was unacceptable
even for the Russian diplomacy of Kozyrev's times. Then the railway was blocked
as a result of Saakashvili's policy for the military settlement of Abkhazia's
and South Ossetia's issues. Now the situation
has changed. After the events in 2008, Russia recognized both republics
and is not going to revise its position. Against such a background, we hope for
unblocking of the railway through Abkhazia, he said and added that at present
not negative position of the Georgian leadership is the key obstacle of that,
but Georgia's strong
dependence on Azerbaijan and
Turkey.
The leadership of these countries have all the opportunities not to let
unblocking of the railway through Abkhazia by means of imposing pressure upon
the leadership of Georgia
and they are likely to use these opportunities.

The railway North-South is able to unite
Russia, Georgia and Armenia
with Iran and give the
shortest and economically backed way out to all the three countries to the big
markets of the South-East Asia and Arab
countries. What is the reason of the fact that Moscow is trying to develop the Eurasian project
and ignores the true economic projects. What is the reason of that?

For Russia
the North-South railway can run either via Azerbaijan
or via Armenia.
There are no problems with the route via Azerbaijan. In case if such railway
transportation is more favorable than maritime traffic, the project may be
developed. As for the route via Armenia,
everything is much more problematic here. First and the foremost, everything
here depends on economic rather than political factors. Azerbaijan and Turkey
are exerting pressure on Armenia,
isolating it from the external world as much as it is possible. In this
light,  it is obvious that the Georgian
government that is dependant on Ankara and Baku cannot make
independent decisions when it comes to the North-South railway. The situation
may change, if the Georgian leadership manages to reduce its dependence on Azerbaijan and Turkey.  Armenia
may help Georgia become less
dependent on Ankara and Baku. The Armenian diplomacy gets a wide area
of maneuvering here.

Russia’s Minister for Regional Development
Igor Slyunyaev said it is very much possible that Azerbaijan
may join the Customs Union or Eurasian Economic Union.
Meanwhile, Azerbaijan
does not think about it. What are the Kremlin’s expectations from Azerbaijan
against such a background?

The modern world has been always
persuading us that there is nothing impossible in it. Everything depends on the
level of Azerbaijan's
joining the Customs Union or Eurasian Economic Union. In this context, one can
suppose that some day the Cyprus
or Sri-Lanka may also join these structures. Russian functionaries and
ministers may express their viewpoints regarding different issues. So, we
should not watch similar statements as expression of Moscow's official viewpoint and pay great
attention at them. In this case the minister simply said that such a thing is
possible and nothing else.

Russia is trying to extend the sphere of
its influence through inviting different countries to the Eurasian Union. Are there any other reason of this process initiated
by the Kremlin except the danger of NATO’s extension to the East?

NATO’s extension to the East
confronts Russian’s security interests. and affects foreign policy of Russia, in this case, it does not much affect Moscow's policy. Since
the USSR
split the reconstruction of the post-Soviet area has been taking place and the
process is still developing. Unfortunately, we do not have a single Europe
after the USSR
split and two integration project have been developing here.  Similar projects have been developing in
other parts of the world too and have been forming a new multi-pole world.
Which of them will be successful? I mean the integration projects of the
European Union and Eurasian Economic Union too. First of all, Russia is
concerned about ensuring of its own stable and successful development at the
post-Soviet area jointly with its neighboring states. However, this contradicts
interests of the forces which go on having illusions of a single-pole world and
have been trying to block partnership both in the all-European scale as well as
within the frames of the project of Eurasian Economic Union. The experience of
the European Union shows that its extension gave birth to many problems. It
would be useful to Russia
to take this experience into account and act according to the principle
"better less" and not to strive to maximal extension of the Eurasian
Economic Union. If the EAEU gets true profits from the project over the coming
years, if the project is successful and provides stable development and
resolving of social and economic problems, in that case, this integration union
will hardly have shortage of those who want to join it.