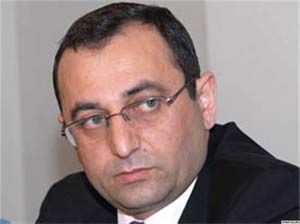 He said that the coalition-suggested project resembles the one ARFD submitted yet in 2010 but contains some more issues connected with the latest sale of the Government's share in ArmRusgasprom to Gazprom, Russia.

At the same time, Minasyan was bewildered as earlier the parliament majority rejected the similar project suggested by 4 factions of the ARFD, ANC, Prosperous Armenia and Heritage parties.

"It has become something usual for the authorities to reject the opposition's suggestions and then make similar ones. Nevertheless, we care for settlement of the gas problems rather than our copyright," he said.  Artak Zurabyan, a representative of the Republican Party of Armenia, in turn, claims that the Republican's stance on an ad hoc committee on the gas issue has not changed.

"We have always been ready to study the gas issue in any format. However, we had to reject the initiative by the 4 factions to prevent speculations on the topic by the coalition," he said.  The latest gas agreement with Russia under which 100% shares of ArmRusgasprom were transferred to Russia has sparked public in Armenia.