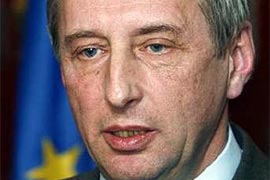 The former ambassador of Russia to Armenia, Vyacheslav Kovalenko, comments on recent interview by political expert Richard  Giragosian with Arminfo news agency. Here is the full text of his commentary, as he asked:

"In his recent interview with Arminfo news agency, the head of the Centre for Regional Studies, Richard Giragosian, has again cast doubt upon Armenia's decision to join the Customs Union. He said nothing new. Nevertheless, I think it is important to draw attention on arguments, which supporters of orientation towards  the EU (including Giragosian) use, saying that the way of further development chosen by Armenia is wrong. In this context, they separate not only the economic prospect  but also the fact that Armenia lost confidence as a partner of the western countries. Giragosian regrets that almost four years of work for signing of the Association Agreement and DCFTA with the EU which had to be signed in Vilnius in November of the current year, were in vain.  Coming forward from the position of Armenia's patriot, Giragosian regrets that from now on Brussels will start reducing its programmes that cost millions EUR, which were earlier foreseen for making reforms. In such an attitude I see, at least, two moments which do not enhance Mr Giragosian's "patriotic position". He seems to forget that not everything is sold in this world for money, that Armenia is sovereign state which does not accept diktat of the EU, and its conditions hidden under the pseudo-democratic principle "more for more".  What the EU offered in the form of the association relations, is not so much good for the national interests of Armenia. Why did the EU refuse Yerevan's aspiration to preserve its foreign political course, saying about incompatibility of Armenia's participation in the European integration and Eurasian processes simultaneously? The Europeans put the question point-blank" "either-or". which in fact would mean changing of the political course and canceling of the allied relations with Russia. Today, Giragosian says quite the contrary, that just joining the Customs Union will "become a dramatic changing of Armenia's course". He seems not to be aware that Moscow but not Brussels accepted both directions (European and Eurasian), and  thought that their simultaneous development is possible as they replenish  each other. Giragosian says nothing about it, but insists that Russia forced Armenia to refuse the European development course in order to please its empire ambitions.

Mr. Giragosian is not embarrassed to lie just to help the EU to save its face. He is not ashamed to call Armenia's position a shame, a strategic mistake, a lost opportunity. What he wants to say is that the EU is right in whatever it does, that its policy is a blessing for Armenia, while the Customs Union is nothing but a mistake for it. But by saying this he denies Armenia its right to choose.

What has the EU done for Armenia after all? Several millions EUR given to the country so it could unify the requirements to the products it makes for export, annual grants of some 200 million EUR, soft loans the country will have to repay one day and endless promises of financial assistance and investments. It's not very much, is it?

Kovalenko says that experts, like Mr.Giragosian, blame Russia for almost all difficulties and problems experienced by Armenia. "There is no secret in assessment of the trade, economic, and investment relations between the two countries. Russia is a major foreign trade partner of Armenia. Its annual investments total 3 bln USD (which is as much as the USA's investments throughout the period of Armenia's independence.  The private transfers from Russia to Armenia total 3 bln USD per annum. Russia is the key foreign labor market for Armenia's citizens. Big Russian investments in energy and communications are expected in relation to Armenia's decision to join the Customs Union", he says.

ovalenko thinks that Mr.Giragosian should not frighten Armenia by hopeless future or loss of opportunities. "European commissioners realize this and are trying to make adjustments to the work with Armenia. Giragosian speaks about it frankly, but at the same time, he editorializes it, stressing that the context of cooperation will change, new demands will be put forward to the Armenian Government and the focus will be shifted from the ruling party and the Government to the opposition. Apparently, this means that the EU will actively start preparing a "fifth column" inside the country to trigger anti-governmental sentiments in the civil society and hold protest actions. Briefly speaking, this will lead to destabilization of the situation. If it is so, I'd like to recall that almost 80% of Armenia's citizens consider that the country's accession to the Customs Union will strengthen the economy and the national security system of Armenia.  This is an important remark and it should make the Armenian authorities take specific steps to formalize such sentiments of the overwhelming majority of the citizens and to switch them onto the track of public movement to support the Eurasian process. One shouldn't do such things half-way".