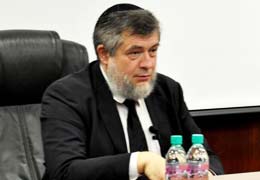 The ongoing unrest in Turkey may lead to a new military coup in that country, Israeli political expert Avigdor Eskin told ArmInfo.  The expert believes that Turkey is changing its image these days. Even if Prime Minister Erdogan manages to suppress the wave of protests, they will have a crucial role in the history for the former Ottoman Empire.

"I witnessed the overthrow of Nicolae Ceausescu in Romania, then the public unrest in Russia in 1991 and 1993. The scales are incomparable. Turkish dissidents managed to awaken the entire city. No spontaneous speeches for the authorities. A silent majority of people went into the streets protesting against extreme forms of
Islamism. They do not favor Erdogan's aggressive behavior and country manners either. Actually, the entire creative class protests against Erdogan's regime. Students, intellectuals, businessmen and artists have come together on the same side of the fence," he said.

Eskin thinks that Erdogan is so far losing with every new day of protest that involves more and more people and shakes once strong positions of the authorities.

"At present, a military coup is also possible, given that it once had happened in Turkey before. If the police display violence and the victims to clashes reach significant scales, a new military coup is quite possible," he said.

At the same time, Eskin said, interference of external forces into the current developments on the shore of Bosphorus is not real at the given stage. Those forces failed to stop bloodshed in Syria. As regards Syria, the Israeli expert said, the unrest in Turkey may weaken the international pressure on Bashar Assad. The latter can take advantage of the situation and strengthen its positions.

"Inherently, what is currently being observed in Turkey is Middle East autumn. It is Arab Sprint with a negative sign. Nevertheless, at the given stage, the ongoing public unrest in Turkey constitutes no threat to the neighbor states," Eskin said for conclusion.