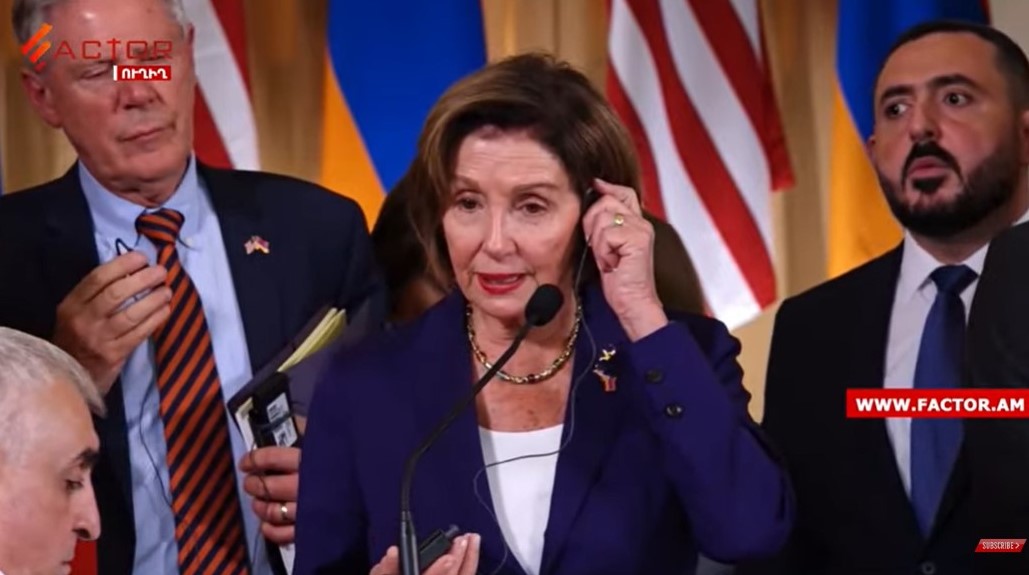 ArmInfo. "As you have seen, the immediate response of the United States was to stop the violence and establish a ceasefire. Our delegation spoke very openly, and we noted  that it was from the side of Azerbaijan, we accepted," Nancy Pelosi,  Speaker of the House of Representatives of the US Congress, told  reporters in Yerevan.

The US House of Representatives has already introduced a resolution  condemning the actions of Azerbaijan, Congresswoman Jackie Speier  said at a press conference in Yerevan, when asked  about Washington's  position on Azerbaijan's latest actions against Armenia.

"The House of Representatives has already introduced a resolution,  the co-authors of which are all of us, where we say that we condemn  the actions by Azerbaijan. I am hopeful we will take that resolution  up soon. As to our commitment to Armenia, we will continue to support  the integrity, the democracy of Armenia, and the borders, and we will  resist any effort to those borders changed", the Congresswoman said.

In her turn the Speaker of the US House of Representatives Nancy  Pelosi said that the immediate response of the United States was to  stop the violence and establish a ceasefire.

"Our delegation had been very outspoken saying that this was  initiated by the Azeris, and that there has to be recognition of  that," Pelosi said.