Lukashenko: Today, the countries of the post-Soviet space should be  sincerely interested in rapprochement with the Union State 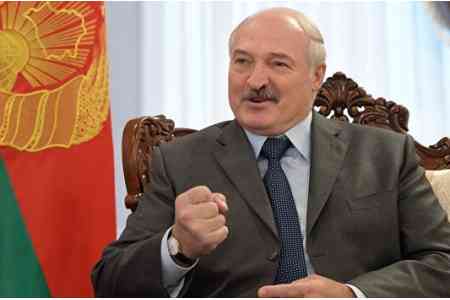 ArmInfo. At the present stage, the Union State of Belarus and Russia plays the role of a locomotive in the general flow of integration processes. President of Belarus  Alexander Lukashenko stated this in his video message at the plenary  session of the IX Forum of Regions of Belarus and Russia, which is  being held in Grodno,

The head of state stressed that the Union is an example, a model of  cultural and economic interstate cooperation. "Today, the countries  of the post-Soviet space should be sincerely interested in  rapprochement with the Union State, if, of course, they want to  preserve their sovereignty and independence. We are convinced that  only together can we resist global challenges," Alexander Lukashenko  said.  "For the time being, those who still have doubts should  understand: without speedy unity and consolidation, strengthening of  interstate ties and simply normal human relations, we may not exist  tomorrow," the Belarusian leader added, BelTA informs.