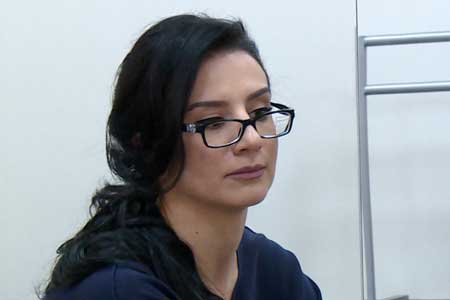 ArmInfo. Anna Vardapetyan was elected Prosecutor General of Armenia. This became known by the results of a secret ballot held in the Armenian parliament on June  29.

According to Chairman of the NA Counting Commission Narek Babayan, 70  MPs out of 107 parliamentarians took part in the voting (the  opposition is boycotting the work of the National Assembly, ed.  note). All 70 MPs voted for the candidate nominated by the ruling  Civil Contract faction.

It should be reminded that the term of office of  current Prosecutor  General Artur Davtyan expires in September this year.