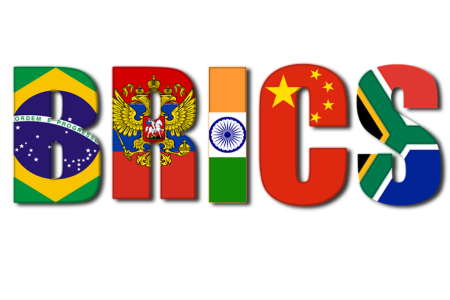 ArmInfo. Iran has applied for joining the group of  five major emerging economies - Brazil, Russia, India, China, and  South Africa, Tasnim reports, citing Iranian Foreign Ministry  Spokesman Saeed Khatibzadeh.  According to the source, the  spokesperson for the Iranian Foreign Ministry announced at a press  conference on Monday that the Islamic Republic has submitted its  application for membership in the BRICS.

A series of consultations have been held in this regard, Saeed  Khatibzadeh added.  He said although the BRICS is not a treaty or an  international agreement, it has been based on a very creative  mechanism with broad aspects.

The spokesman noted that the BRICS members make up 30 percent of the  world's gross production and 40 percent of the world's population.   He expressed hope that Iran's membership in the BRICS would result in  "added values" for both sides.

As RBC reports, last week, Iranian President Ebrahim Raisi speaking  at the BRICS+ online summit at the invitation of Chinese President Xi  Jinping, stated that "the geopolitical and geo-economic position of  Iran can make it a stable and reliable partner for the BRICS."  Argentine President Alberto Fernandez also announced the country's  desire to join the association. "We aspire to be full members of this  group of nations <...> We are a safe and responsible food supplier  and a recognized player in biotechnology and applied logistics," he  said on June 24.