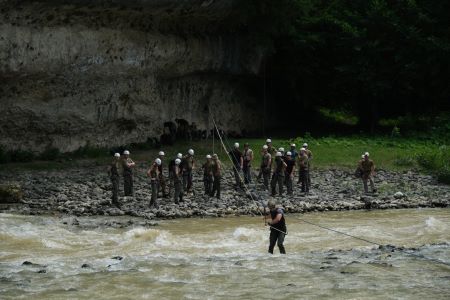 ArmInfo. Military personnel from Armenia take part  in the courses of the Sachkhere School of Mountain Training named  after Colonel Besik Kutateladze after a four-year break.

According to the Ministry of Defense of Georgia, the summer basic  mountain training course under the NATO Partnership for Peace program  will last three weeks.

The last time the Armenian side took part in such courses was in  January 2018.