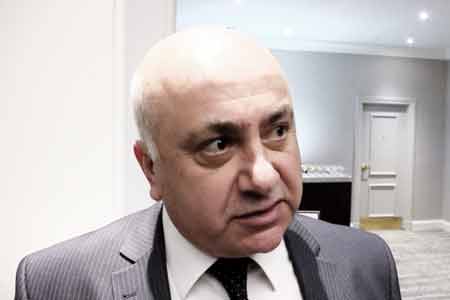 ArmInfo.Customs attache at the RA Embassy in the Russian Federation Aram Tananyan was relieved of his post. The corresponding decision was made by the Armenian government on June 17 in a non-discussable manner.

The draft decision was presented by  head of the State Revenue  Committee Rustam Badasyan. The reasons for Tananyan's dismissal are  not named.

Aram Tananyan has served as a customs attache since January 2020. The  decision to establish the post of customs attache at the Armenian  Embassy in Russia was made in December 2019. The customs attache is  appointed by the government for a period of three years with the  possibility of prolongation for one year.  Persons who have held  high-ranking positions in the customs service for at least a year can  apply for this position. The residence of the attache is located in  the city of Vladikavkaz.