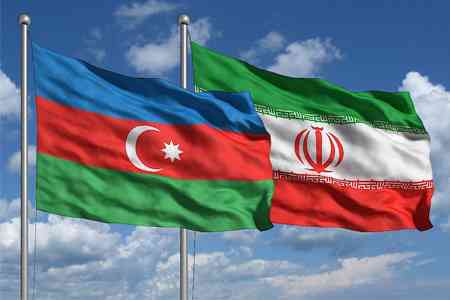 ArmInfo. Azerbaijani Deputy Prime Minister, co-chairman of the State Commission for Cooperation between Azerbaijan and Iran in the economic, trade and humanitarian  sectors Shahin Mustafayev held a meeting with Iranian Foreign  Minister Hossein Amir-Abdollahian in Tehran.

According to Turan, the Parties stressed the importance of  implementing the agreements on the establishment of new  communications in Nakhichevan through Iran from the territory of  Artsakh, which came under Azerbaijani control as a result of the  44-day war.

Issues of developing ties in the economic, trade, transport,  humanitarian and other sectors were also discussed.

Mustafayev and Abdollahian exchanged views on issues of regional  cooperation of mutual interest.

The document provides for the establishment of a new transport artery  that will connect Azerbaijan with Nakhichevan. The corridor through  Iran will consist of a railway line, a multi-lane highway, power  lines, digital communications and other elements.

"Communications will run 5 kilometers south of the Iranian-Armenian  border. This route will become an alternative option for the  so-called Zangezur corridor, which should pass through Armenia. The  Armenian side is delaying work in this direction and for this reason  Azerbaijan has reached an agreement with Iran," the source reports.