Cavusoglu commented on attack on Turkish Consulate General in Paris 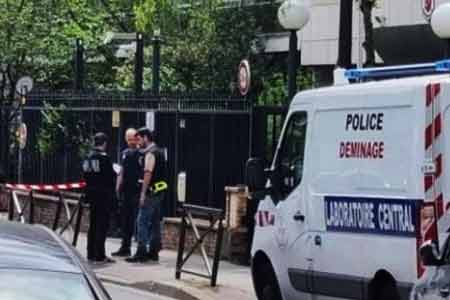 Calling on Paris to immediately take urgent action against the  organizers of the attack, the Foreign Minister said that an adviser  to French President Emmanuel Macron had contacted the Turkish  ambassador.  Cavusoglu noted that Turkey will take concrete steps on  this issue. "Due to the absence of the French ambassador in Ankara,  the charge d'affaires was invited to the Turkish Foreign Ministry. We  openly stated our expectations to the French diplomat," Turkey's  chief diplomat summed up.

Earlier it became known that the Turkish Consulate General in Paris  was attacked with improvised explosives last night, the walls and  windows of the diplomatic mission were damaged.

According to the media, no one was injured in the attack, and the  Paris police have already launched a massive investigation to  determine the type of explosive used in the attack and capture those  involved. The territory of the Consulate General is taken under  enhanced protection.