Pashinyan: It is impossible to develop an export-oriented economy  with closed borders 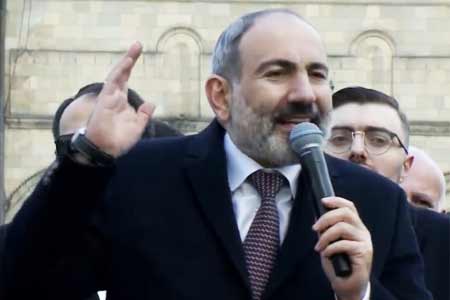 ArmInfo.It is impossible to develop an export-oriented economy with closed borders.  The Prime Minister of Armenia Nikol Pashinyan expressed this idea at a press conference on Facebook.

According to him, this is a very interesting topic, which concerns  the problem of protecting the domestic market. He noted that the  Armenian economy is in great need of new markets and open  communications.  "When we talk about opening borders, we think about  economic benefits. It is possible that some segment may be affected.  We are thinking about building a smelter and launching a number of  other industries. But for this, borders must be opened. Through  Turkey, we get access to European markets and the effect will be very  high.

Pashinyan noted that the construction of the railway through Yeraskh,  according to preliminary calculations, is ten times cheaper than  through Syunik. Investors are interested in this. Armenia may not  even spend budgetary funds on this. Preparatory work has already  begun. This road connects Armenia with Iran and Russia, and if  Armenia achieves the opening of borders with Turkey, then Armenia  will receive railway communication with many countries of the world,  with Europe and China.