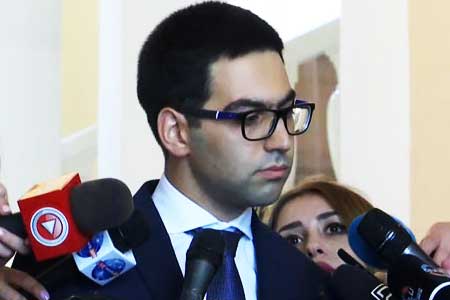 "It has not yet reached the main customs functions, they will be in  the event that there is a need for customs control of cars crossing  the border of the Republic of Armenia. At present, certain work is  underway to create additional working conditions for customs  officers," Badasyan said.  At this stage, customs officials are  temporarily housed in the same buildings along with other government  agencies, until the appropriate conditions are created for them.

The head of the SRC believes that the establishment of Armenian  checkpoints on this section of the road is not an end in itself. At  the same time, he found it difficult to say whether Azerbaijan will  ever use this road or not. According to him, the fact of crossing the  border by an Azerbaijani car has not been recorded to date.

When asked whether the Azerbaijanis performed customs functions on  the Goris-Kapan road during this period, the chairman of the State  Revenue Committee replied that the fact that they are on the highway  already means that they are performing them.

On November 11 in the government, in an interview with journalists,  Secretary of the RA Security Council Armen Grigoryan, referring to  Nikol Pashinyan's statement that "if necessary, the Republic of  Armenia will also establish customs and passport control points on  the Goris-Kapan road," said that in general this is logical. That is,  as the Secretary of the Security Council explained, the Armenian side  will also establish customs posts to collect customs duties from  passing Azerbaijani cars.