Protest action: Hadrut residents rely on the French Embassy, there is  no help from the government for 3 months 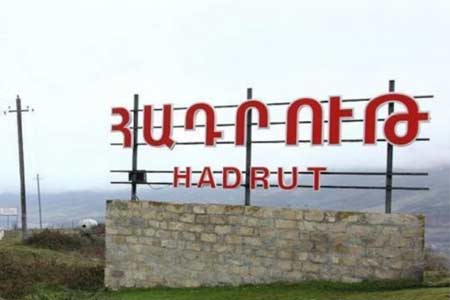 ArmInfo. Another protest action of the forcibly displaced citizens of Artsakh is taking place near the government building. This time, the main part of the  protesters was represented by the Hadrut people, according to whom  they had not received any assistance from the Armenian government for  three months.

According to one of the protesters, those gathered do not have the  means to pay for housing, given the sharply rising prices for renting  apartments in the capital. However, the main request of those  gathered outside the government building is to grant the latter  refugee status.

<We have lost our home, our homeland. We are obliged to provide the  appropriate status, but no one talks about our status, they don't  want to talk>, complains one of the protesters.  He also said that on  August 24, a letter was sent to the Prime Minister with a request to  grant refugee status to the Hadrut residents, but there was no  reaction, moreover, phone calls remained unanswered.

After the protest at the government building, the Hadrut residents  will go to the UN office, and then to the French Embassy. According  to the protesters, the French Embassy is the only body that can hear  the voice of Artsakh people. As the Armenian government does not  respond to the request to grant them refugee status, the people of  Hadrut intend to seek asylum from the French diplomatic mission.

It should be noted that a few days earlier the Armenian government  approved another program of assistance to internally displaced  Artsakh families, according to which, within 4 months, 50 thousand  drams will be provided for each child in the family or family member  with disabilities, and 25 thousand drams for each adult. However,  according to the Hadrut residents, this amount is not enough to pay  rent and ensure normal living conditions. It should be reminded that  within 10 months the Armenian authorities have allocated about 100  billion drams for medical, social and other needs of Artsakh people,  of which 52 billion drams - from the funds of the Hayastan  All-Armenian Fund, the remaining 50 billion - from the state budget.

It should be noted that according to the latest data, there are about  20 thousand Artsakh residents in Armenia, some have found shelter in  hostels, guest houses, and some rents housing.