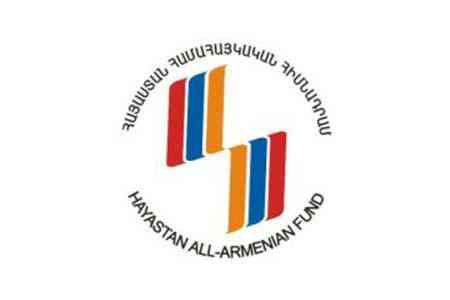 ArmInfo.The Parliament of Armenia 27 approved the draft decision of the National Assembly "On Determining the Number of Members of the NA Investigative Committee,  Studying the Use of Sums Collected by the Hayastan All-Armenian Fund  and Transferred to the RA State Budget," proposed by the "Armenia"  and "I Have Honor" NA factions.

As the main Rapporteur, "I have honor" MP Hayk Mamijanyan said  yesterday, from the first days of the war unleashed by Azerbaijan on  September 27, 2020, the Hayastan All-Armenian Fund initiated a "We  are our borders" fundraising. The collected funds in the amount of 52  billion drams were subsequently transferred to the RA state budget.  "The society has an opinion that this amount was used ineffectively,"  he stressed, adding that the purpose of the Investigative Commission  is to discuss the issue and shed light on what happened. The  Investigative Commission, created by virtue of the law, will consist  of 11 members.

To recall, in March 2021, the Board of Trustees decided to form a  working group, which, together with an audit company, was supposed to  conduct an audit in order to dispel public doubts about the misuse of  funds. On September 15, Armenian Prime Minister Nikol Pashinyan,  during the government hour in parliament, answering the question  about the targeted use of the Hayastan fund collected in 2020 during  the war in Artsakh, announced that the Fund's sums were directed not  for military expenditures, but for the purpose of to meet the urgent  needs of the state that arose during the war. In particular, as  Pashinyan explained, in the post-war period, more than 100 billion  drams were allocated for medical, social and other needs, of which 52  billion were from the Fund, the remaining 50 from the state budget.  "Consequently, the sums of the Fund were spent not for military  purposes, but within the framework of its statutory goals," Pashinyan  said. According to the prime minister, on March 15 at a meeting of  the Board of Trustees of the Fund, he presented a list of expenses,  on the basis of which the council issued a statement in which he  expressed confidence that the sums collected during the war were  spent in a targeted manner. In the statement of the Hayastan  All-Armenian Fund, following the results of the audit, it was  recorded that the Board of Trustees of the Fund heard the report of  the government and did not record any abuse and waste of funds, the  head of the Cabinet noted.