Oppositionist: The policy of Azerbaijani provocations will continue  against the background of silence of the Armenian authorities 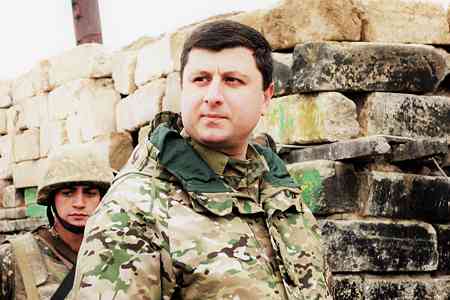 ArmInfo. The cause-and-effect relationship of the Azerbaijani provocation in  Artsakh is incomprehensible or inexplicable for many people, since  complete information is not provided. This is the opinion of Tigran  Abrahamyan, a MP from the "I Have the Honor" faction.

According to him, we are talking not only about the incidents of the  last days. Abrahamyan stated that in the post-war period Azerbaijan  on a permanent basis resorted to various provocations, some of which  were not advertised. "Of course, the Russian peacekeeping forces are  preventing the further escalation of the situation, but this does not  diminish the Azerbaijani aggression and manifests itself in different  ways in different areas.

The most dangerous thing is that the policy of Azerbaijani  provocations will continue and this will happen against the  background of the silence and indifference of the Armenian  authorities in the conditions of avoiding responsibility in relation  to Artsakh, "he noted. It should be noted that the day before, as a  result of the Azerbaijani provocation, six servicemen of the Defense  Army were wounded.