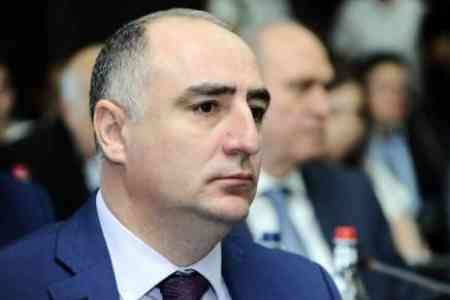 ArmInfo.The head of the Special Investigation Service (SIS) of Armenia Sasun Khachatryan was appointed chairman of the Anti-Corruption Committee on September 16 for a period of 6 years.

On September 10, the government passed the stage of interviewing  candidates for the post of chairman of the newly formed  Anti-Corruption Committee. The Competition Council presented to the  government the candidates who passed the competition for the post of  the head of the new single body for the disclosure and investigation  of corruption crimes.

It turned out that Khachatryan did not declare the car, he drives a  Porsche Cayenne car, which belongs to his brother-in-law. The other  candidate also does not have his own car. Garnik Torosyan, who has a  lawyer's license and has worked in the police for a long time, said  that he drives his wife's car if necessary. Another candidate for the  post of chairman of the Anti-Corruption Committee, David Mkrtumyan,  has no legal education, he received a master's degree in finance, and  worked in the banking system. From April to August 2021, Mkrtumyan  was the Assistant to the Chief of Staff of the National Assembly, and  before that he worked for 6 years at the Central Bank and was fired  at the initiative of the employer.

To recall, at the beginning of 2021, the creation of the  Anti-Corruption Committee was announced. As the then Minister of  Justice of the Republic of Armenia Rustam Badasyan noted in his  speech, appointments to the new structure, including to leadership  positions, will be made within the framework of an open competition.  At the same time, as the minister noted, for the employees of the  committee, in contrast to employees of other investigative bodies,  stricter requirements and restrictions will be introduced.  Accordingly, they will be provided with additional guarantees for the  full implementation of their activities.

As a result, according to the head of the Ministry of Justice, in a  number of structures, which earlier within the framework of their  powers were engaged in combating and countering corruption, staff  reductions will begin. We are talking, in particular, about the  National Security Service, the Special Investigative Service, the  Investigative Committee and the State Revenue Committee. These  employees are planned to be merged into a new structure - the  Anti-Corruption Committee. The number of employees of the new  department will be about 150 people, including at least 30  investigators and 60 detectives.

The new unified body for the detection and investigation of  corruption crimes will start working in about a month.  The committee  will carry out, among other things, operational-search activities.  Meanwhile, the Special Investigative Service, created in 2007, will  be abolished.

For the creation of the Anti-Corruption Committee, the Government of  Armenia has allocated 8 billion 203 million drams, which is planned  to be spent in 2021-2023. Of this amount, the bulk of the funds -  about 5.1 billion drams, will be spent on salaries, utilities and  office expenses. In addition, more than 5 billion drams are planned  to be allocated to provide the new department with a building. Also,  285.5 million drams will be spent on technical equipment, and 192  million drams - to provide the department and its employees with  vehicles. The salary of the staff of the Committee will be about 650  thousand drams without deducting taxes, and the chairman of the  committee - 700 thousand drams.