French President expressed his support for territorial integrity of  Armenia 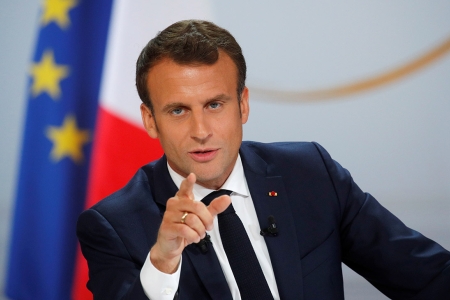 ArmInfo.French President Emmanuel Macron expressed his support for the territorial integrity of Armenia. He stated this during a telephone conversation with  Armenian Prime Minister Nikol Pashinyan. This was reported by the  press service of the French Embassy in Armenia, referring to the  press service of the French President.

Touching upon the growing tension on the Armenian-Azerbaijani border,  the French President recalled the need to resume the negotiation  process to restore stability in the region. The parties agreed to  continue cooperation within the framework of the OSCE Minsk Group.

According to the source, Emmanuel Macron also told the Prime Minister  of Armenia that 200 thousand doses of the antioxidant vaccine from  France will be delivered to Armenia in the coming weeks. "The vaccine  will be sent under the Act-A initiative and agreed with our European  partners," the French President said.