Samvel Babayan predicts: the situation in Armenia after the elections  will be tense 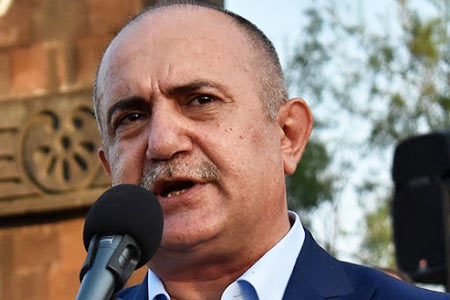 ArmInfo. Former commander of the Artsakh Defense Army Samvel Babayan, who heads the electoral list of the Azatakan (Liberal) party, voted for Armenia to be strong and not afraid of anything. He told this to journalists at the 9/46 polling  station.

According to Babayan, Armenia, in any case, will face a tense  post-election situation. "There will be tension, because out of 26  parties (25 political forces: 4 blocs and 21 parties - ed. note) 3-4  will enter parliament, the rest will be defeated. They tried to get  through," he said.

Extraordinary elections to the National Assembly of the 8th  convocation have started in Armenia. From 08.00am local time, 2008  polling stations were opened throughout the republic in 38  territorial districts. 25 political forces are taking part in the  elections: 4 blocs and 21 parties. The elections will be held on a  100% proportional system. The entry barrier for parties is set at 5%,  for alliances - 7%. There is no turnout threshold.