Nikol Pashinyan spoke about the exchange of enclaves 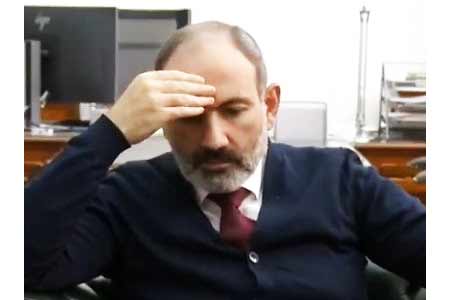 ArmInfo.We are accused of raising the issue of enclaves, but this issue has been on the agenda of the negotiation process since 1999. Acting Prime Minister of the  Republic of Armenia Nikol Pashinyan stated during the pre-election  meeting with residents of the border community of Berd, Tavush  region.

He said that during the signing of the trilateral statement, there  were people who insisted on signing the document, which included a  clause on enclaves. However, according to Pashinyan, thanks to the  efforts of the Armenian authorities, this item was removed from the  agenda. After reading paragraph 4 of the document, which had been on  the negotiating table since 1999, he noted that having signed the  latter within 60 days, Armenia had to withdraw its troops from  Kelbajar, Kazakh, Aghdam, Jebrail, Shaumyan, Fizuli, Kubatli,  Zangelani.

"This issue has always had a place to be in the negotiation process,  and from time to time Azerbaijan raises this topic. Now what should  we do? There is a common logic of enclaves, and established methods  of solving them by international law and practice. Today we have an  enclave - Artsavashen, which is controlled by Azerbaijan. And our  logic is that this enclave should be exchanged for an enclave. And  what is under their control - to remain them, what is under our  control - to remain for us, "Pashinyan said.  In this regard, he said  that several tens of kilometers of the Tavush region are controlled  by Azerbaijan.  "We raised this issue at the negotiating table,  noting that this issue should be considered in a general context,"  the acting prime minister said.