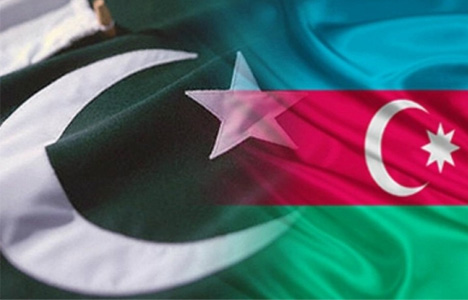 ArmInfo. On June 9, the Azerbaijani Defense Ministry  hosted the meeting between the Deputy Chief of the General Staff of  the Armed Forces of Azerbaijan - Chief of the Main Operational  Department Lieutenant General Ayaz Hasanov, and the delegation led by  the Director General Military Operations (DGMO) of the Pakistani  Army, Major General Nauman Zakaria.

As Turan reports, with reference to the press service of the Ministry  of Defense of Azerbaijan, the meeting discussed issues of holding  joint operational exercises, as well as other issues of mutual  interest.

At the same time, Commander of the Azerbaijani Naval Forces Subhan  Bekirov has been on a visit to Pakistan since June 7. On Wednesday  June 9, he met with the commander of the Pakistani Ground Forces,  Gamar Javed Bajwa.

During the meeting, Bajwa expressed Pakistan's readiness to take part  in the process of demining Karabakh and restoration work to be  carried out in these territories. The parties also exchanged views on  cooperation in the military sector.

A day earlier, Bekirov had a meeting with the commander of the  Pakistani Navy, Muhammad Amjad Khan Niyazi, where they discussed the  prospects for cooperation between the naval forces of the two  countries.

The Pakistani side informed about the structure, operational  capabilities of its Navy, regional security.