A View from Moscow: There are enough supporters of a turn to the West  in Armenia. The question is their ability to turn society 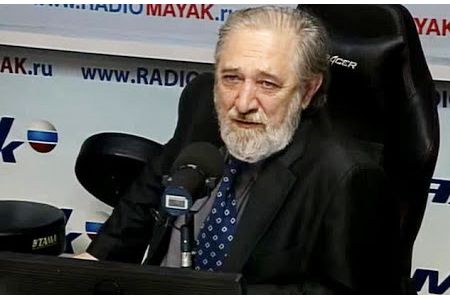 ArmInfo. As of today, one can state the presence in Armenia of a certain number of supporters of the republic's turn towards the West. The whole question is in their  ability to turn public opinion in the appropriate direction. A  similar opinion was expressed to ArmInfo by Viktor Nadein-Raevsky, a  senior researcher at the Institute of World Economy and International  Relations of the Russian Academy of Sciences, a Turkologist.

"The West is very much aware of all this as well. Moreover, this  understanding of the current situation leads to certain steps by the  same American establishment towards Armenia.  And at first glance one  might really get the impression that the same recognition by US  President Joe Biden of the well-known fact of the Armenian Genocide  is a step aimed exclusively at restoring historical justice, "he  said.

In reality, according to the expert, one of the real goals of such an  American policy is to strengthen the position of the United States in  Armenia, of course, at the expense and through the weakening of  Russian influence. According to him, having officially characterized  the massacres of Armenians at the beginning of the 20th century in  the Ottoman Empire as genocide, the American president proceeds  solely from the interests of American foreign policy and, as such,  his own benefit.

As for the reaction to such steps by Washington in the Armenian  society itself, the ability of pro-Western leaders in Armenia to turn  public opinion, respectively, the electorate in the direction of the  collective West, at least at this stage, is doubted by  Nadein-Raevsky.

"We understand very well that the United States is not even going to  send its army to defend Armenia from the same Turkey, if something  happens. This is the prerogative of the 102nd Russian base in Gyumri.  But in any case, the steps taken by the Biden administration are  prompting Moscow to take reverse steps towards preserving its own  role, achieved following the end of last year's war in Karabakh. Any  mistake by Russia can lead to the loss of this role under pressure  and the dictation of the United States, "he said.

The expert examines the current two-day visit of Russian Foreign  Minister Sergey Lavrov to Armenia through the prism of the ongoing  struggle for influence in the South Caucasus with the participation  of both the United States and Russia and other regional players with  interests in the region. According to Nadein- Raevsky, all this is  part of big politics, including, carried out within the framework of  the OSCE Minsk Group, which, according to his estimates, allows  already to influence the trilateral negotiations between Armenia and  Azerbaijan with the participation of Russia.