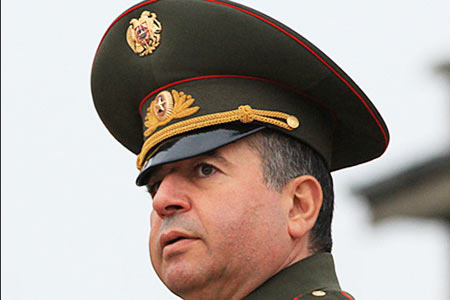 ArmInfo. Former Head of the Intelligence Department of the General Staff of the Armenian Armed Forces, Major General Arshak Karapetyan, has been dismissed from his post as Adviser to Prime Minister Nikol Pashinyan. The corresponding  decision, according to the official website of the government, was  signed by Pashinyan on April 6.

To note, during the April 2016 war, Arshak Karapetyan served as the  Head of Intelligence Department of General Staff of Armenian Armed  Forces. Almost immediately after the suspension of the phase of  hostilities in April 2016, the latter was removed from office.   However, after a year and a half, Karapetyan was appointed to the  post of military attache at the Armenian Embassy in Russia. After the  revolution in December 2018, he was appointed Advisor to Armenian  Prime Minister Nikol Pashinyan. According to the ex-head of the Prime  Minister's Office Eduard Aghajanyan, Pashinyan had sufficient grounds  to appoint Arshak Karapetyan to this position. Karapetyan was invited  and twice participated in the meeting of the commission to  investigate the events of the April war.