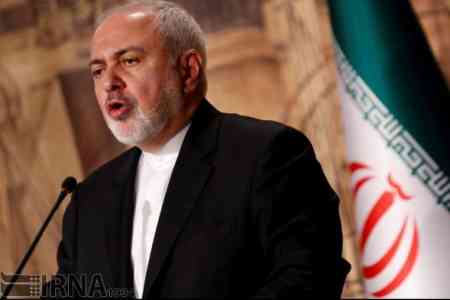 Thus, according to the Russian Foreign Ministry, on January 26,  Moscow will host negotiations between Russian Foreign Minister Sergei  Lavrov and his Iranian counterpart. The meeting will continue the  regular dialogue between the heads of the foreign affairs agencies of  the two countries. The last time they spoke by phone was November 24,  2020.

It is planned to discuss key topics on the international and regional  agenda, including the situation in the Nagorno-Karabakh region,  around the Joint Comprehensive Plan of Action on the Iranian nuclear  program, the Syrian settlement, Afghanistan and the situation in the  Persian Gulf zone, and others. A "synchronization of clocks" on the  current state of multifaceted ties between Russia and Iran and  discussion of concrete steps for their further advancement have been  scheduled.  Recently, Russian-Iranian relations have been actively  developing. The intensity of political dialogue has increased. Last  year the presidents of Russia and Iran spoke by telephone four times.   Intensive bilateral contacts are maintained at various levels,  including through the heads of foreign affairs agencies, parliaments,  and other state structures and organizations.  We intend to further  expand mutually beneficial ties with Iran and continue cooperation in  the interests of regional stability and international security.

We count on the strengthening of positive trends in all sectors of  Russian-Iranian cooperation.

The progressive development of mutually beneficial cooperation and  the unification of significant potentials of Russia and Iran can not  only positively affect the position of both states, but also improve  the situation in the Transcaucasian region, the Near and Middle East,  and create additional conditions for ensuring stable peace and  stability there.  The positions of Moscow and Tehran on the Syrian  problem largely coincide. Active interaction between our countries  remains within the framework of the Astana settlement process in  Syria.

The current Permanent Russian-Iranian Commission on Trade and  Economic Cooperation, the next meeting of which we expect to hold  this year, is making a significant contribution to increasing the  volume of trade.

An important role in this is also played by the intensification of  interregional ties.  To note, this is a regional visit by the Iranian  Foreign Minister. Zarif plans to visit Baku, Yerevan, Moscow, Tbilisi  and Ankara.