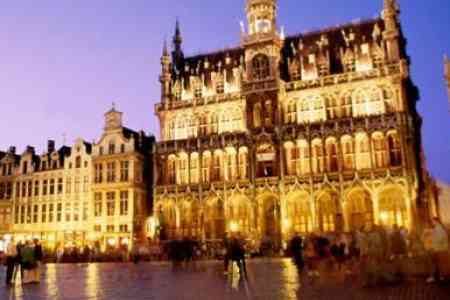 ArmInfo.The Foreign Affairs Committee of the Belgian Federal Parliament approved a  resolution condemning Azerbaijan's aggression against  Nagorno-Karabakh, with the active support of Turkey and foreign  mercenaries. ArmInfo was informed about this by the press service of  the Committee of Armenians in Belgium.

The report notes that the document adopted on November 9 does not  solve the problems existing in the region. It is also indicated that  the draft resolution is still subject to voting at the next plenary  session of parliament, which means that it is not yet final.

"In this draft resolution, parliamentarians condemn Azerbaijan's  aggression against Nagorno-Karabakh, which was actively supported by  Turkey and foreign mercenaries. The resolution calls for the  withdrawal of Azerbaijani troops from Nagorno-Karabakh and a return  to negotiations on the status of the region within the framework of  the OSCE Minsk Group.

In addition, the MPs urge to do everything so that Turkey no longer  interferes in the situation around Karabakh and ceases to play a  destabilizing role in the region.

The parliamentarians also believe that an international presence is  needed in Karabakh, including to assist in maintaining peace and  investigating war crimes. They also call on the Belgian government,  together with the European Union, to provide humanitarian assistance  to the Karabakh refugees. The document also contains a call to make  every effort to investigate the war crimes committed in Karabakh and  bring those responsible to justice. Finally, the deputies call for  the return of the prisoners and the bodies of those killed during the  conflict in accordance with the Geneva Convention, "the Committee  said.

Now the resolution must be approved by the federal parliament at a  plenary meeting, after which the document will go to the government  of the kingdom.

The Committee of Armenians of Belgium welcomes the adoption of this  resolution by the Foreign Affairs Committee and thanks both the  majority of the government and the opposition parliamentarians, whose  joint work played a decisive role in reaching a compromise in the  development and adoption of the resolution.

"If the parliament approves this resolution at a plenary session, it  will definitely demonstrate that the Belgian parliament can play a  confident and constructive role in international politics without  betraying the country's humanitarian values," the Committee noted.