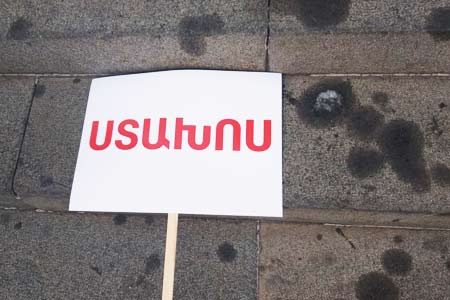 ArmInfo. Tomorrow at 6:00 pm the  opposition will start large-scale disobedience actions and will block  the streets of Yerevan. This was stated by the participants of the  opposition "March of Dignity", which began today.

The march participants noted that they would fight to the end, until  Prime Minister Nikol Pashinyan resigns. The procession ended in  Republic Square, where a large flag of Armenia was unfurled.