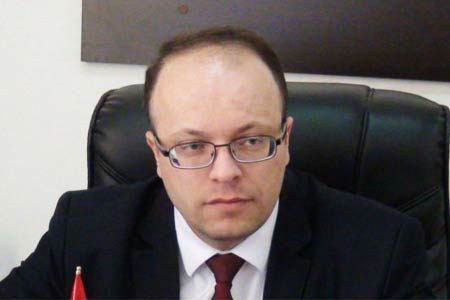 ArmInfo. Vardan Grigoryan, vice-governor of Shirak region, has resigned. Grigoryan announced this on his page in the social network Facebook.

Grigoryan stressed that he made this decision in connection with the  critical situation in the country.  "For me, the interests of the  state are above the interests of political groups, so I decided to  resign. This position does not provide any leverage for building a  state, reforms and making important decisions. At the same time, it  constrains me in matters of expressing a civil position. The division  of citizens into blacks and whites cannot resolve the issues facing  the country.

The situation forces us to make drastic changes, leaving the post of  deputy governor is not a way to avoid responsibility, but on the  contrary, to take responsibility, find ways out of the situation and  decide on steps that have no alternative, "Grigoryan concluded.