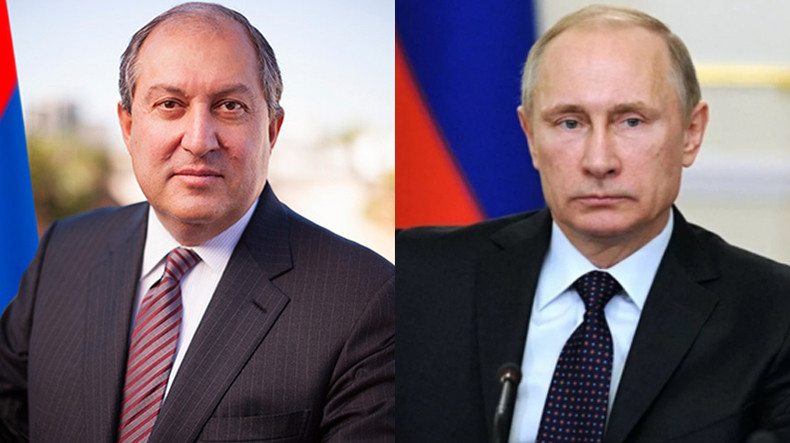 ArmInfo. Armenia's President Armen Sarkissian appealed to the head of the Russian  Federation Vladimir Putin on issue of returning of prisoners of war  and hostages who are under the jurisdiction of Azerbaijan.

According to the press service of the RA President, in particular, Sarkissian's  letter to Putin says that the Armenian society and the Diaspora are  deeply concerned about the situation around the servicemen and  civilians who are in Azerbaijani captivity.

"The mediation of the Russian President will be of great help in  solving the extremely painful issue of returning from Azerbaijan our  prisoners of war, civilians, as well as the bodies of the killed,"  Sarkissian said in his letter.

To note, despite the fact that 20 days have passed since the end of  hostilities, there is still no accurate data on the number of  prisoners of war and hostages under the jurisdiction of Azerbaijan,  as well as the number of dead and missing persons.