"My Step": Cancellation of martial law should not be an end in itself 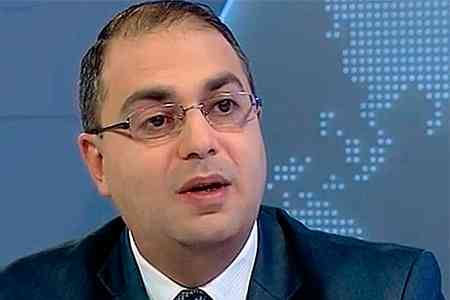 ArmInfo. MP from the "My Step"  faction, Head Standing Committee on State and Legal Affairs, Vladimir  Vardanyan, said that now is not the right moment to lift martial law.  Vardanyan stated this during an extraordinary session of the  parliament.

The MP said that the martial law regime continues to operate in  Azerbaijan. Moreover, Vardanyan stated that a curfew was introduced  in some cities of Azerbaijan.

"Taking into account this situation, I believe that we also should  not abolish the martial law regime. We can wait, make changes to this  draft law. Listen to all the government's proposals, and only then  submit this draft law to a vote," Vardanyan stressed.

In turn, MP from the Bright Armenia faction Ani Samsonyan stressed  that the ruling faction simply does not want to accept the  opposition's proposal and cancel the martial law regime.

"I have not heard a single reasoned speech against our initiative.  The martial law is being artificially delayed. We consider such  behavior unacceptable," the MP said.

MP from the "My Step" faction Aren Mkrtchyan noted that in the  post-war period there are a number of problems that need to be  solved, and now the martial law is maintained for this.  "Now we are  faced with the main task, to ensure combat alert on the border with a  length of 520 km. There are a number of problems that have been  mentioned more than once. It will be difficult to solve all these  problems without martial law. Yesterday, during the meeting, a  representative of the Armenian General Staff said that a package of  projects has already been developed, which will be submitted to the  government. According to this package, it will be possible to solve a  number of problems without lifting the martial law regime. It is  about protecting the borders of Armenia, about protecting our land.  It is necessary to realize that the introduction or elimination of  the martial law regime is not an end in itself," Mkrtchyan concluded.