Abbas Arakchi presented to the Prime Minister of Armenia Iran`s  approach in resolving the situation in the region. 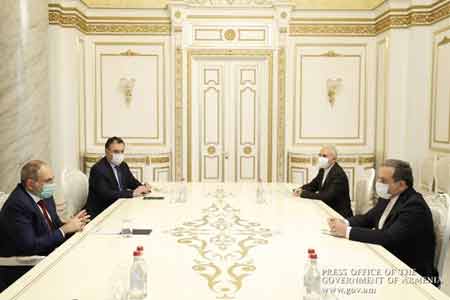 ArmInfo.. Prime Minister of the Republic of Armenia Nikol Pashinyan received Deputy Minister of Foreign Affairs of the Islamic Republic of Iran for Political Affairs  Abbas Arakchi. The press service of the RA government reports.

Conveying the wishes of peace from the Iranian President, Deputy  Minister Arakchi stressed the importance of strong friendly ties with  Armenia. He presented Iran's approach to resolving the situation in  the region, noting that he is deeply concerned about the ongoing  hostilities. It is reported that the Deputy Minister expressed  condolences in connection with the casualties among the civilian  population. In this vein, he noted that the shelling of civilian  infrastructures and civilians is reprehensible.  According to the  source, the interlocutors exchanged views on regional security  issues. At the same time, Pashinyan and Arakchi expressed concern  over the participation of international terrorists from the Middle  East in hostilities, considering them as a threat with a potential  for expansion, which, from a security point of view, contains risks  for the entire region.