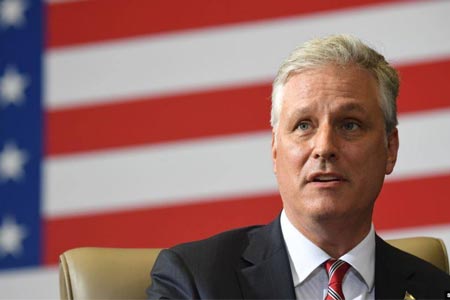 ArmInfo.At the initiative of the American side, Prime Minister Nikol Pashinyan held a telephone conversation with the US President's National Security Advisor Robert O'Brien.

As reported by the press service of the Armenian government, the  Prime Minister drew the attention of the US President's National  Security Advisor to the fact that, in violation of all norms of  international relations and ignoring the efforts of the OSCE Minsk  Group co-chairs, Azerbaijan violated ceasefire agreements three times  in a row, the last of which was reached in the US capital.

Nikol Pashinyan noted that Turkey supports Azerbaijan in this issue,  and it is impossible to ensure the observance of the ceasefire  without indicating which side violated it and who is interested in  continuing the war.  The American side assured that it will continue  mediation activities to establish a ceasefire and exclude the  involvement of third forces in the conflict.