Mateus Chudziak: According to the Turks, the United States is losing  its role of the world gendarme, and Turkey may "snatch" something 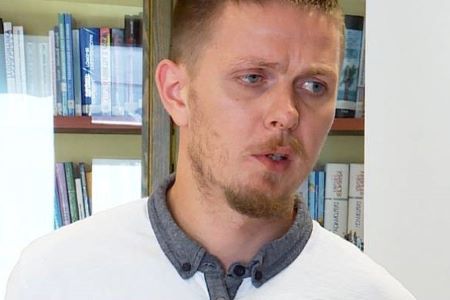 ArmInfo.The large-scale organized military  operation (in Nagorno-Karabakh) itself is not surprising, a new  phenomenon was that Baku was not satisfied with the first successes.  Now it is difficult to say what realistic goals may be, whether he  really seeks to recapture the entire Nagorno- Karabakh.

The offensive continues, because its goal is to mix the cards, change the existing status quo.  Turkey is seeking this. She wants to intensify her  activities in the Transcaucasus as the patron saint of Azerbaijan.  Ankara seeks to initiate negotiations with Russia. This opinion was  expressed in an interview with the Polish Radio (Polskie Radio) by  the well-known Polish political scientist Mateus Chudziak, an expert  at the Warsaw Center for Oriental Studies.

Speaking about what the Turks are striving for, the expert noted that  the first goal concerns Azerbaijan.  From there, the Turks import  energy resources, receiving an alternative source of their supply to  Russia.  This is essential from a strategic point of view. In  addition, the spheres of politics, economics, and the spread of "soft  power" are important. In the past 30 years, the Turks have seriously  invested in Azerbaijan, which was associated with both the economy  and self-awareness. Pan-Turkic sentiments are strong in Turkish  society, and in this context, Azerbaijan is of great importance.  Thus, Turkey's unprecedented activity is designed to protect Turkish  interests in the Transcaucasus, which Moscow has considered its  sphere of influence for over 200 years.

The next goal, in his opinion, concerns interaction with Russia.  Ankara believes that the architecture of relations on the  international platform (in the Transcaucasus, in the Middle East) is  changing, and this opens up new opportunities for it. The United  States, according to the Turks, is losing the role of the world  gendarme, the world order is being transformed, and in these  conditions Turkey can "snatch" something.  From her point of view,  the Caucasus is the most suitable area for the spread of influences.   Moreover, Ankara considers it necessary to reformat its multifaceted  and uneasy relationship with Russia.  On the one hand, they have a  place for cooperation in the field of energy (the Turkish Stream gas  pipeline was recently launched). In addition, the Turks bought the  S-400 anti-aircraft missile systems from the Russians. At the same  time, in recent years, they have consistently tried to reduce the  volume of gas imports from Russia, and in this area Azerbaijan is  their key (though not the only) partner.  According to the expert,  Ankara is competing with Moscow in Syria, Libya, and claims to be  deployed in the Transcaucasus. Turkey's involvement in the Karabakh  conflict is aimed at initiating negotiations with Russia, taking part  in the process of resolving the situation in the region. The more  such fields for negotiations, the more opportunities there are to  contact the Russians and, on the one hand, to achieve some  concessions (including on Syria and Libya), and on the other, to  compensate for the strategic, military and political superiority of  Moscow by entangling it in very difficult game in various areas and  different parts of the world.

Speaking directly about the escalation of hostilities in Karabakh,  the expert noted that the problem is that Turkey and Azerbaijan take  a maximalist position. "I don't know if they really believe that they  can recapture Nagorno-Karabakh, how they assess their forces in this  context, but so far they have not softened their rhetoric. The Turks  say that "the Armenian occupation must end," without explaining  whether they mean the territory of Karabakh directly or also the  occupied territories adjacent to it. Part of the use of harsh  rhetoric can be explained by the fact that the Turks always raise the  stakes a lot at first, the world is already used to this>, he  stressed, adding that the minimum plan is an attempt to change the  status quo through significant territorial acquisitions of  Azerbaijan, best of all those that will force Russia to join the  political settlement and create a situation allowing Turkey to become  its equal interlocutor.  In this context, having the right to vote as  a mediator in the OSCE Minsk Group is one of Ankara's requirements.  Until now, she did not have the status of an equal participant in the  negotiations, and it is not known how the mediating countries (USA,  Russia and France) will react to her activity. Turkey supports  Azerbaijan's actions, because so far in case of a truce in political  terms, it will not win in any way. If the fighting stops now, but  Russia does not actively join the negotiations, the work of  international organizations serving to resolve the situation is not  launched, the Turks will not receive any benefit.

Therefore, Turkey is interested in such an aggravation of the  situation, which will persuade other countries to admit that it will  not be possible to do without its full participation in the  negotiations. This is the main goal, so, apparently, until Ankara  achieves it, at least it will not soften the rhetoric. There are  reasonable assumptions that the Azerbaijani offensive began with the  suggestion of Turkey, and it would not have acquired such a scale, if  it were not for the confidence in its absolute political support.  Ankara is actively involved politically in this conflict, because it  has certain goals that it seeks to achieve.  Answering the question  why the Turks decided to do it all right now, the political scientist  called this moment optimal. First, Moscow is not as strong as in  previous years.  She had difficulties with Belarus, Kyrgyzstan, where  another revolution took place. Russia found itself "under a  magnifying glass" after the attempt to poison Navalny; internal  problems associated with both the pandemic and public protests are  growing there. "If not now, then when else," the Turks reflect.

Of course, the intra-Turkish context is also important. Turkey is  also experiencing difficulties in connection with a difficult  economic and volatile epidemiological situation, which threatens to  worsen. The authorities are very much afraid of this. Helping  fraternal Azerbaijan allows the Turkish leadership to "gain points"  in society, since nationalist sentiments and pan-Turkic ideas are  very strong in it. In Turkey, they feel a strong connection with  other Turkic peoples, primarily with Azerbaijanis, and this allows  them to mobilize society. All political and public groups, with the  exception of the Kurds, support the activity of Ankara, the actions  of their government and Azerbaijanis. So in the context of the  Turkish and Russian domestic political situation, this is a very good  moment for Turkey, which can decisively side with Azerbaijan and try  to become a participant in the political game in the Transcaucasus.

As the expert noted, Turkish tactics are called "playing several  pianos". It remains active in Syria, strengthens military bases in  Somalia and Qatar, is conducting military operations in Libya, is  present in the eastern Mediterranean Sea, and now we see its  involvement in the situation in the Caucasus. Ankara is developing  its activities, believing that it can strengthen its influence in  some places. As a consequence, in the orbit of its current goals,  there may be concessions in Libya or Syria. There, Russia has a  noticeable advantage, and Turkey may try, by tying it in with  negotiations on the Transcaucasus, to achieve some progress, for  example, regarding Idlib, this is important for it. Policy towards  Russia as a whole is no less important. Ankara, realizing to what  extent Moscow is superior to it, wants to try to achieve the position  of an equal partner in negotiations with it. This is the main goal.