Mnatsakanyan met with representatives of Armenian community  institutions in Washington 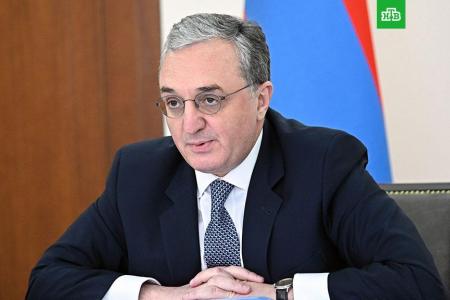 ArmInfo. Within the framework of the working visit to the United States,RA ForeignMinister Zohrab Mnatsaknayan met with the representatives of the Armenian community institutions.

As the RA MFA press service reports: "The Foreign Minister had a  meeting with the President of the Armenian Assembly of America  Carolyn Mugar, Board Co-Chair of Armenian Assembly Anthony  Barsamian, Executive Director Bryan Ardouny, Chairman of the  Armenian National Committee of America Raffi H. Hamparian,  Executive Director of the Committee's Washington D.C. office Aram  S. Hamparian and ANCA Board member Ani Tchaghlasian.

Minister briefed his interlocutors on the situation in the  Nagorno-Karabakh conflict zone resulting from the aggression  unleashed against Artsakh by Azerbaijan, with the direct support of  Turkey and the involvement of foreign terrorist fighters, as well as  the steps undertaken towards the cessation of hostilities.

The representatives of the Armenian Assembly of America and the  Armenian National Committee of America briefed the Minister on the  concerns of the American community over the situation resulting from  the Azerbaijani aggression, and informed about their steps and  further programs."