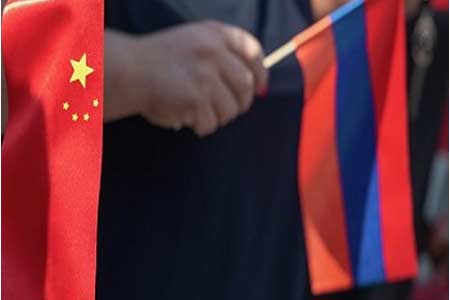 ArmInfo.RA Prime Minister Nikol Pashinyan received Ambassador of China to Armenia Tian Erlong, who is completing his diplomatic mission in our country,the press  service of the government reports.

According to the source, Pashinyan thanked the Ambassador for active  assistance in the development of Armenian-Chinese relations, noting  that during his tenure, cooperation between the two countries in  various directions was close and effective. Nikol Pashinyan stressed  that the Armenian government is interested in expanding and  strengthening cooperation with China.

In turn, Tian Erlong thanked the Prime Minister and the Government of  Armenia for their cooperation, adding that the Chinese side is  interested in expanding political, economic and humanitarian ties  with Armenia. According to the Ambassador, in recent years the trade  turnover between the two countries has increased, humanitarian ties  have expanded. He expressed confidence that the great potential of  bilateral cooperation between Armenia and China will be realized in  the coming years.

During the meeting, the interlocutors also discussed issues related  to road construction, infrastructure development, tourism,  healthcare, cooperation in education, and the implementation of new  programs.

Prime Minister Pashinyan thanked the Chinese side for donating 200  ambulances to our country.