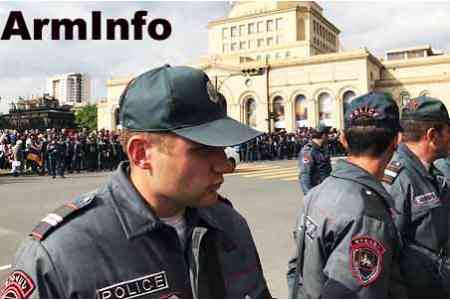 ArmInfo.The Investigative Committee of Armenia is establishing details on the case of the use of violence against two police officers in the city of Vanadzor. This was  reported by the press service of the IC.

According to the source, on July 28, a drunk driver of a Mercedes  Benz car and three other men attacked the police officers, who were  about to send his car to the penalty area for drunk driving. The  driver hit the policemen and fled the scene.

The Investigative Committee initiated a criminal case under article  316 (Use of violence against a representative of the authorities -  Ed.) of the RA Criminal Code. Two police officers were recognized as  victims. Necessary investigative actions are being carried out to  locate the driver of the Mercedes Benz car and the three  above-mentioned persons. The preliminary investigation continues.