The governor: There are no victims among the civilian population of  the Tavush region 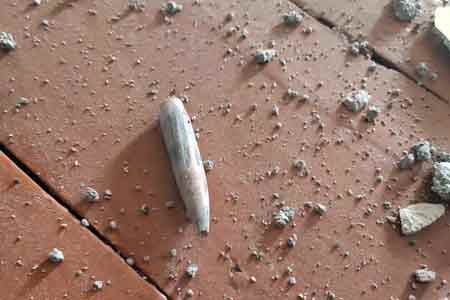 He noted that in the border villages and cities, houses and  infrastructure were damaged. <Now we are doing everything possible so  that no civilians are hurt. We managed to avoid casualties among the  civilian population thanks to the professional actions of military  personnel>, the governor emphasized.

Chobanyan noted that there were no interruptions in electricity in  the Tavush region either. <Two gas pipelines were damaged, but they  have already been restored. Now we are trying to assess the damage  that our citizens have suffered. After which they will be provided  with appropriate assistance>, he stressed.  The governor also said  that even on these days, agricultural work practically did not stop.

In conclusion, Chobanyan called the shelling of the city of Berd  unprecedented, since it had not been fired since the 1990s.

It should be noted that on July 12, Azerbaijani troops made an  attempt to violate the state border with Armenia in an UAZ car. After  a warning from the Armenian side, they left UAZ and freely returned  to their positions. An hour later, artillery fire was opened from  Azerbaijan and an attempt was made to seize the Armenian stronghold.  In response, Azerbaijani troops were thrown back from their  positions, having suffered casualties. To date, the Azerbaijani Armed  Forces have lost 11 people, the number of injured is not reported.  Enemy equipment was destroyed, more than a dozen drones were shot  down, the combat positions of the Azerbaijani armed forces were  taken.